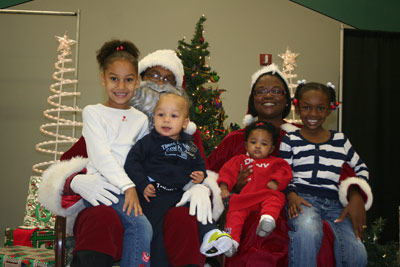 The Santa Community Project is a widely acclaimed annual event that promotes books and reading, positive self-image and family interaction among children and their families. An educational initiative of The Mothers Group Inc., The Santa Project features a Black Santa and Mrs. Claus. The jovial couple demonstrates the idea that love, kindness and generosity come in many colors. The Santa Project is sponsored by The Mothers Group Inc., and the Greenwood Cultural Center.

While attending a function at Rudisill Library in 1989, Dr. Brenda Lloyd-Jones overheard a child ask her mother to be taken to another part of town to have a picture made with Santa. Citing the travel distance to other parts of town and the rising cost of gasoline, the mother reluctantly said no.

The child’s heartbreak touched Lloyd-Jones, and she was moved to do something about it. Approaching her friend Ms. Jayne Reed, Lloyd-Jones shared a simple idea: Invite Santa to the Rudisill Library and create an event that would have him interact with children in their own community. 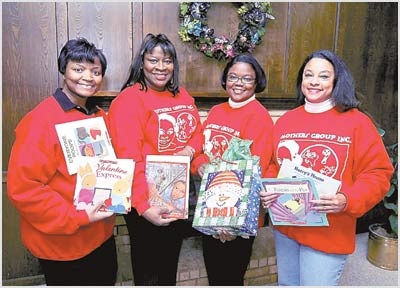 Reed was enthusiastic about the idea and promptly volunteered to raise funds for the project.

Soon, the Director of the Rudisill Library, Keith Jimmerson, agreed to have the Library host the event.  The Santa Project was born.  From the beginning, standing room only crowds of children filled the library as Santa came to North Tulsa. Along with his positive message of love and kindness, Santa presented each child with a toy, and the popularity of the program rapidly soared.

After only a few years, the Santa Project outgrew the library, and a larger facility was needed to accommodate the growing lines of children. The large open spaces of the Greenwood Cultural Center seemed like the perfect solution, and the Center’s Executive Director at the time, Shari Horner Tisdale, agreed, allowing the Greenwood Cultural Center to become the new home for the Santa Project.

The Greenwood facility provided a larger venue for the hundreds of excited children waiting to see Santa. Plus, The expanded space at the Cultural Center allowed the Mothers Group to showcase the talent of local youngsters. School and church choirs, musicians, dancers and other performers– all add to the holiday cheer. 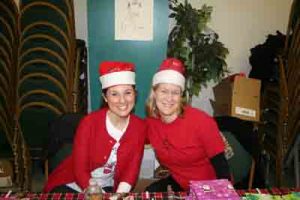 to win a free subscription for an educational magazine. Now, Santa has placed books at the top of his gift list, hoping to develop and nurture reading rich households and boost reading interest among all youngsters.

Since it was established in 1989, The Santa Project has attracted over 12,000 children. The success of the project wouldn’t have been possible without the help of generous supporters. John Brown, Jackie Graham, Kenny Monday, Gregory Starks, and Walter Tynes have worked as Santa’s ‘special helpers’. And Santa’s better half, Mrs. Claus, has received help though the years from her ‘special helpers’: Sylvia Brown, Magdalene Brown-Quayle and Kim Graham.

For the past several years, current Mothers Group member Cynthia Pierce and her husband Michael have worked behind the scenes as special assistants to Santa and Mrs. Claus.

Through the years, a number of women have worked through the Mothers Group to participate in its mission. Some members have moved out of state and others have answered different calls to community service. But each former and current member has contributed to the longevity and effectiveness of the organization and success of the Santa Project. 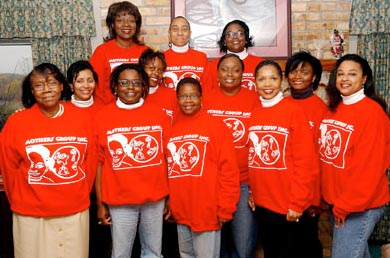 Many thanks to the unsung heroes of the community who have supported the Santa Project by attending the event, donating time, providing new books, and giving financial assistance. The success of the Santa Project demonstrates the creative minds and compassionate hearts of the members of the Mothers Group. 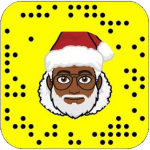